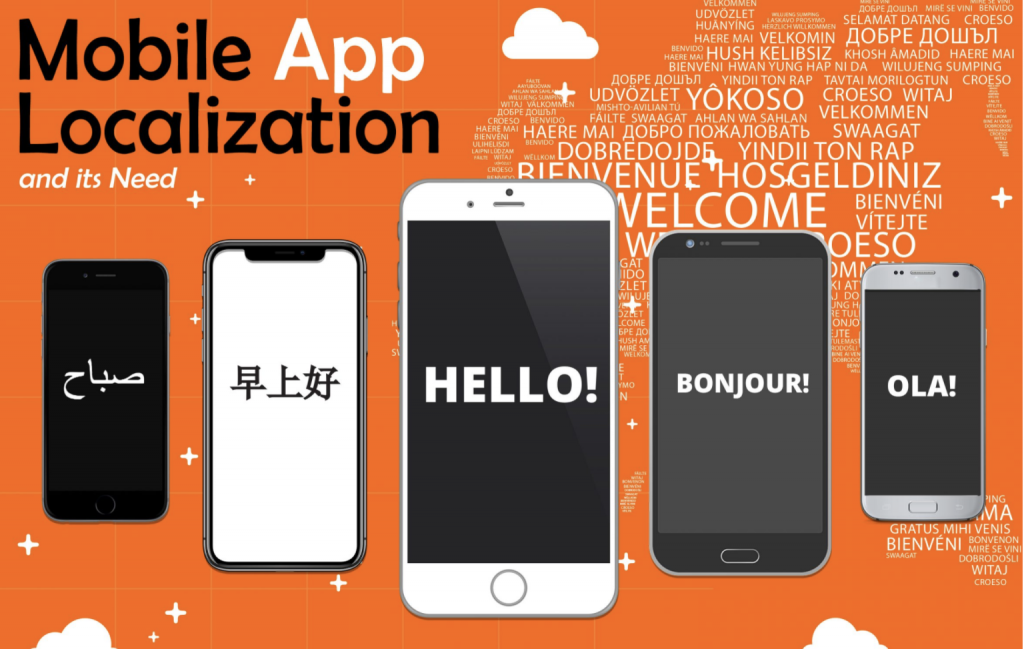 With the onslaught of widespread digitalization, the entire world today stands digitally united. This global synthesis is possible because of smart mobile devices and the wide array of applications available across android and iOS devices. There are more than 1.76 billion individuals using a smartphone, out of which more than half belong to the Asia-Pacific region. Increasingly, developers have to keep in mind a global audience while creating their apps.

Mobile devices have become a part and parcel of our lives today. This means that the potential market for app developers is virtually endless. Every new app developed and published, simply takes the whole ball game to the next level, and raises the bar of competition. What is the one vital means through which you can achieve a higher download rate for your mobile application? Well, the answer is creating an emotional bond with an individual. How do you do that? The answer is app localization. The mother tongue has the power to connect people, and the same applies to the popularity of your application. An application that features an individual’s native language immediately creates an emotional bond and gives you an edge over your competitor app developers. A mobile application with multiple language support increases the chance of its growth in the global market, thereby helps developers generate higher revenue. Localization of a mobile app helps in forging a personal relationship with a user and paves the way for making him or her, a habitual user.

App localization does not just mean translating the given language, but also reiterating several other aspects like the name of the app, currency units, symbols, designs, time zones, keywords, etc. Localized apps help local users feel comfortable using your application in their own language. More than 72% of app users are not native English speakers, which imply that apps which are not localized miss out on a large share of the market. According to a leading market survey report, apps that are released in native languages enjoy an increased 120% download rate and drive 26% increased revenue.

There are several ways in which you can localize your app. For the starters, you may make use of the localized language of a region. You may also consider localizing the video and image content on your app, as well as to conduct test to examine app localization.

What are some of the benefits that are delivered if you successfully localize your application?

App developers, in order to comprehend the full potential of the global markets, need to cater to the interests of different cultures. Localizing your application by ‘experts’ help you in realizing the true potential of your app; and, at the same time, get it appreciated across the world.